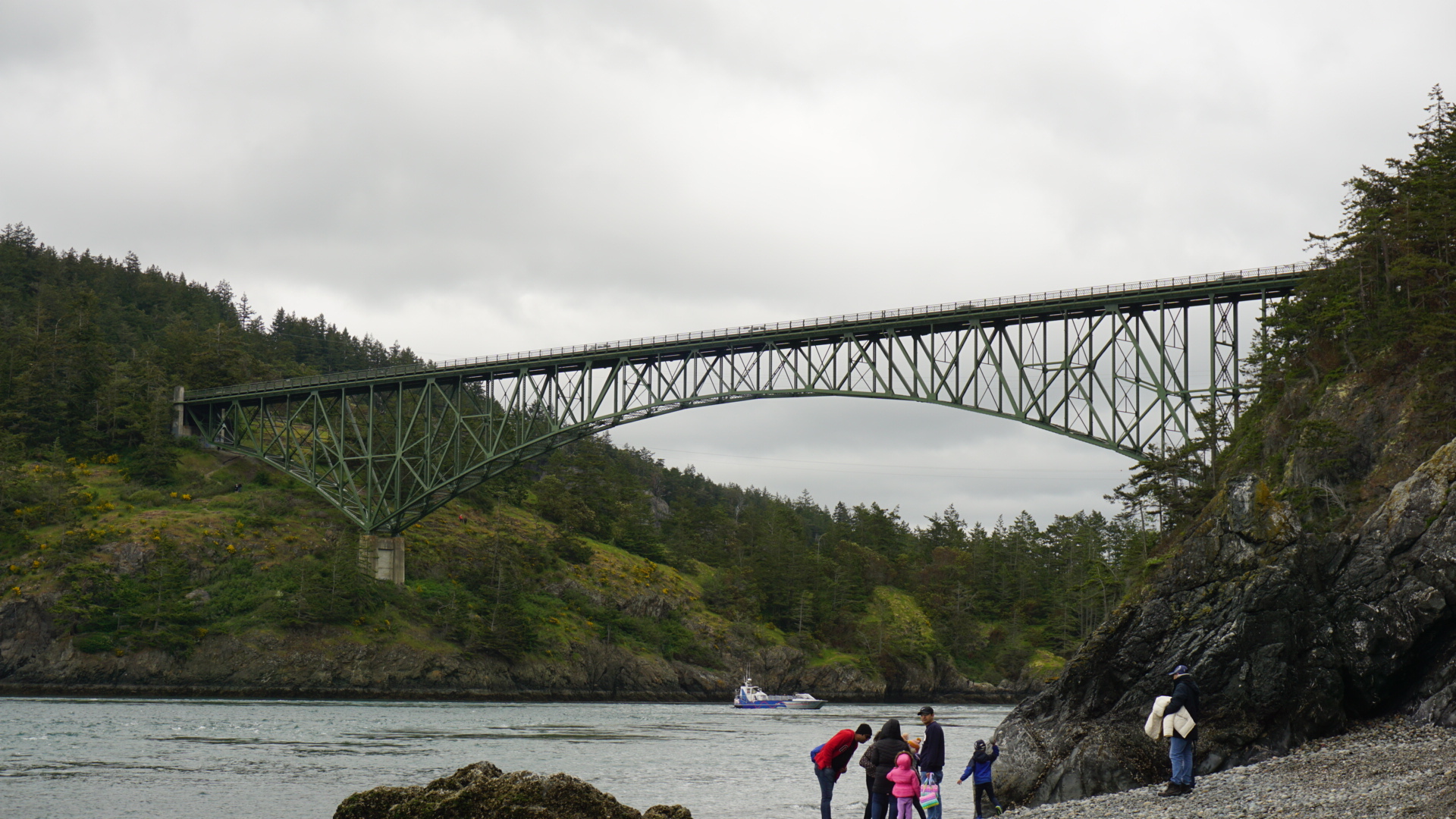 While the world shut down, nature opened back up. Across the world, country, and state, people were looking to explore new places. Almost overnight, Deception Pass State Park welcomed an exponential influx of visitors.

Cars file in one after the other, forking over debit cards and cash for a Discovery Pass. A sign reads “Campground Full,” warning vehicles of the impending crowds at the most visited park in the State Park system.

Even on an overcast Saturday in May, Deception Pass State Park is bustling with cars and visitors. After a quick goodbye to the park aids at the visitor’s booth, cars follow several roads to visit areas in the park.

“It [Deception Pass State Park] has gotten a lot busier in the last few years,” said Anna, park aide at the state park. “Before the pandemic, a lot of the cars and area codes I recalled were mostly from the Seattle area codes. But as 2020 came, I began to notice cars from out of state and even the Eastern states.”

After a momentary closure following the emergence of the COVID-19 virus, alongside other state parks, Deception Pass opened back up in late May, welcoming visitors to explore the many trails and viewpoints.

“A lot of people wanted to get outside. And because indoor places were closed, state parks were a hot spot for getaways during lockdown,” said Anna.

“The use of state parks has certainly gone up during the pandemic,” said Deception Pass State Park area manager, Jason Armstrong. “We typically average 3 to 3.2 million visitors and have about 800,000 cars enter the park on a given year. In the last year we have had 1.2 million vehicles enter the park.”

“Because people were doing so much remote learning and remote work, our campgrounds are busy essentially 7 days-a-week during those shoulder season,” said Armstrong.

Aside from the pandemic, state parks and other ‘hotspot’ locations around the country, such as Horseshoe Bend in Arizona, have gained visitors in part due to geotagging.

On social media platforms such as Instagram and Facebook, users have been geotagging their photos, sharing the exact coordinates of where the photo was taken. For followers and users of social media, this allows for connection and context for photos at one’s fingertips.

The hashtag “#deceptionpass” has been used on 118,779 posts on Instagram and over 250,000 posts have been made geotagging “Deception Pass State Park.”

“I definitely noticed that remote places and and parks, even here [Deception Pass State Park] were being geotagged and have been way more popular,” said Anna.

Yet, in exchange for convenience, the environment is facing a plethora of challenges. With an influx of people opting outside during the pandemic, Armstrong and other park managers have been forced to navigate and accommodate nature lovers.

For many state and national parks, managers have to invent ways to accommodate the influx of visitors while simultaneously protecting the environment. In recent years, Yosemite National Park has required reservations to visit in addition to listing the number of cars that are permitted to drive through the park.

“We ask visitors to stay on trails, not exploring the undeveloped areas of the park, and clean up after themselves when visiting,” said Armstrong.

A committee, organized by the Deception Pass Park Foundation, operates a daily trash and litter collection to keep trails and lots clean. The winter season colliding with lesser visitors allows for a nice reprieve for the nature surrounding campgrounds.

The campgrounds and park gets loved a lot during peak season, and it [the nature] rebounds pretty well, but the terrain needs a break from that every once in awhile,” said Armstrong.