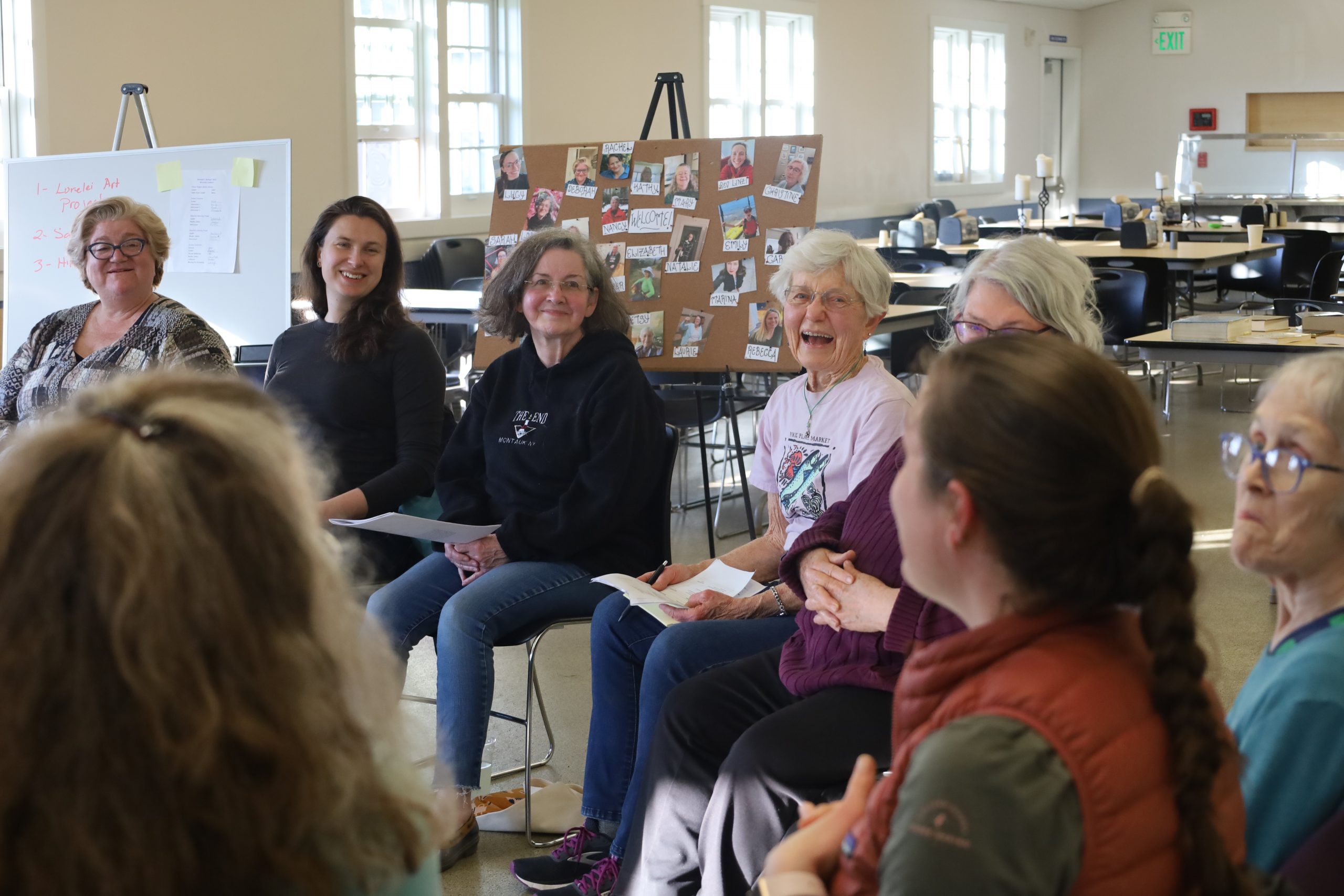 Chef Joe, a charming Italian man with gray hair and a Sinatra-esk flair for performance sits between two speakers with a microphone in his hand. He serenades about 30 Catholic women with the familiar words of old swing and soft rock classics that graced the airwaves 40 years ago. Some women dance, others sit and smile, enjoying the moment. The concert hall is the old army Mess Hall A on Seattle Pacific’s Camp Casey, but to the women on the Saint Mark’s women’s retreat, might as well have been in an old swanky San Francisco swing club.

Andrew Demarcico, fellow Camp Casey Chef,  gave him the nickname Uncle Joe as a term of endearment and admiration.

“I call him Uncle Joe because he is so much like everyone I grew up with. I am from Long Island and it just feels so natural— it’s like being with one of my Uncles,” Demarcico explained. “He’s got a wonderful voice, he is a professional singer, he’s a trained vocalist, and he really enjoys doing that. It’s a little bonus, especially when you are having a good time, Saturday night, set the ambiance.”

Demarcico joined the Camp Casey staff straight out of the navy, where he was also a chef. He said that he fell in love with Casey on a Navy assignment and decided to stay.

“I was in the navy a long time cooking, so being in this type of environment and going back to the chow hall is kind of like going back to where I came from,” Demarcico said. “In comparison to other restaurants, we have equipment that is built to cook for large groups. You can cook for the masses but also go to a smaller scale and put some fine dining, more eloquent touches on it.”

Demarcico and Uncle Joe are not just expert entertainers, they are also great chefs. Their guests, the Saint Marks women’s group, praised the food and menu selection throughout the weekend.

“The food is exquisite. The kitchen staff has done wonderfully well in being very attentive to everybody’s dietary needs to an extent that I have not experienced before in restaurants even,” Saint Marks attendee Kathy Albert explained.

The Saint Marks women started planning this trip in 2020, but the COVID-19 pandemic forced them to reschedule multiple times. Finally coming together was both a relief and a blessing.

“What a wonderful, wonderful time it is to be with people, interacting with them face to face. You don’t have to deal with any kind of technology, you don’t have to worry about muting oneself or anything like that,” Albert said. “All the artificiality is gone—we are back to being humans again.”

The women did have to take some COVID precautions. They were only allowed into a limited number of spaces because of airflow restrictions in some of the pre-World War Two buildings. But the women adapted, using the mess hall for most of their meetings and getting outside as much as possible. In a beautiful place like Camp Casey, with the ocean within walking distance and views of the Olympics and Cascades surrounding the island on either side, getting outside is a privilege even when it may be a necessity.

“I experience God in nature, so it’s like being surrounded by the holy one all the time,” Albert explained. “That’s always the case, but it’s so obvious when I am out in nature like this and with my community of faith.”

It’s this stunning physical beauty and proximity to Seattle, that made Camp Casey such a desirable location for Saint Marks to have their women’s retreat.

“It’s easy to get to from Seattle. It’s not a three to four-hour commitment; it’s under two hours,” Retreat leader, Reverend Canon Jennifer Daugherty explained. “It’s beautiful; Whidbey Island is beautiful in the sense of having access to a beach, and seeing the water is very relaxing for people in general.”

The Saint Marks women had a fantastic weekend up at Camp Casey. Everyone shared smiles, laughs, and prayers in their dorms, on the beach, and in the mess hall.  One thing the women will never forget is Uncle Joe and the fantastic show he treated them to.

“Encourage your kitchen staff to use Joe’s musical talents,” Albert said. “That was not planned, I asked him on the spur of the moment, and he agreed.”