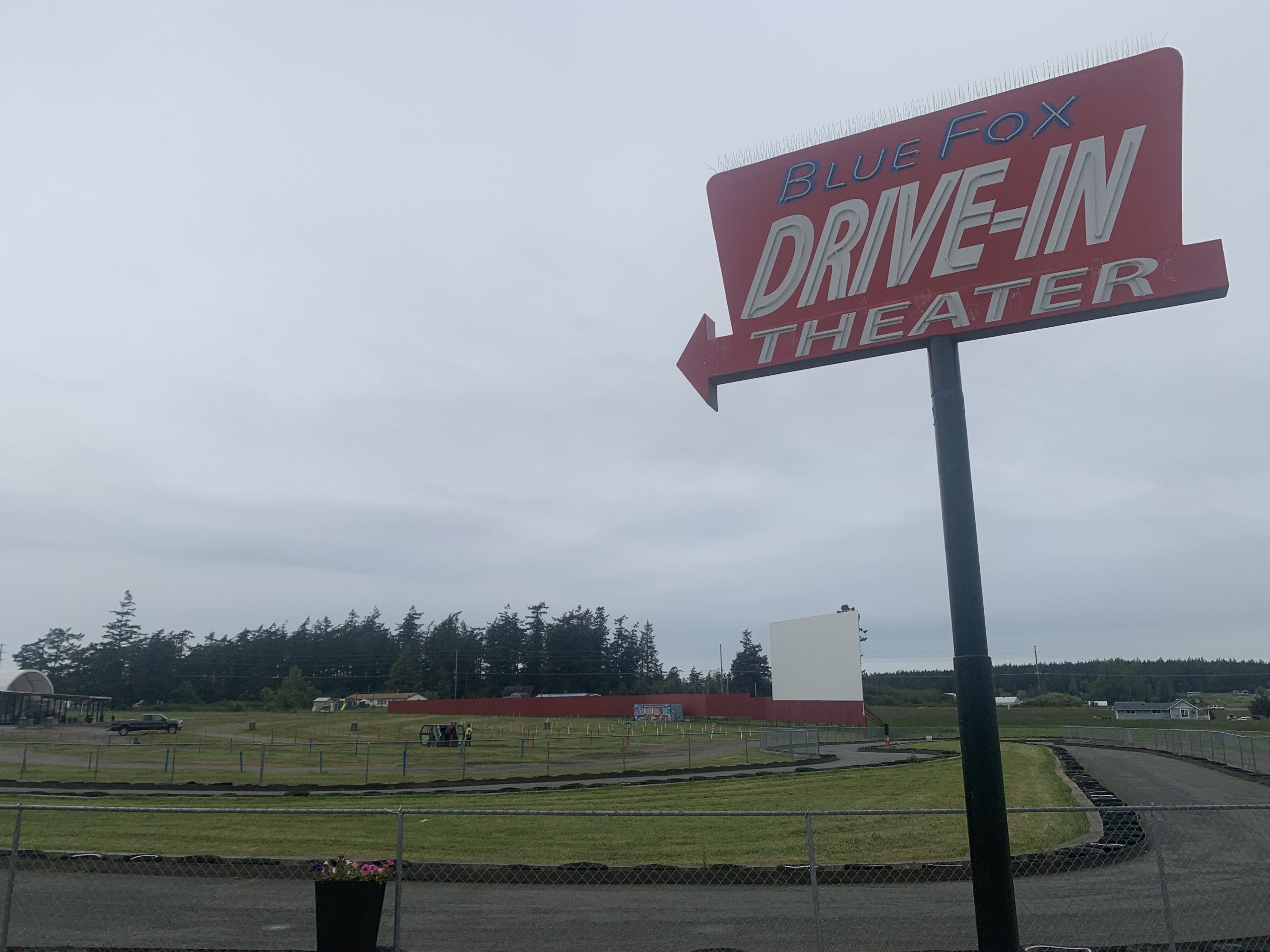 For many, nothing beats the smell of popcorn buckets-barely illuminated by the flickering lights of a movie theatre screen. Movie theaters have been drawing in friends and families since the dawn of the 20th century, but specifically, drive-ins have arguably held the title of “perfect family fun.” Whidbey Island’s own Blue Fox Drive-In is a perfect example. This 50s-style drive-in has become an unforgettable local hotspot, offering adrenaline-pumping go-karts and a classic arcade in addition to the colossally sized cinema screen.

Like most businesses, Blue Fox was hit hard by the initial onset of the COVID-19 pandemic. The first wave of closures arrived right at the start of the drive-in’s busy season. Despite all viewers remaining in their own vehicles, Blue Fox was not exempt from Washington State Gov. Jay Inslee’s shutdown policies. Through a series of petitions and the emergence of Gov. Inslee’s “phase two” reopening rules, Blue Fox managed to avoid pandemic-induced closure. Now, over two years later, the local drive-in is alive and well. Each weekend visitors can hear the roar of racing go-karts as joyous youngsters enjoy a race before the feature film begins. With the age of the cellphone continuing to keep folks indoors, places of culture and community are now more important than ever. Drive-ins represent the spirit of peak summertime bliss, and Blue Fox captures that feeling perfectly. Whidbey residents and visitors alike remain free to enjoy one of Washington state’s five remaining drive-ins. After sixty years, Blue Fox continues to stand as a testament to affordable family fun. Blue-Fox will be showing 2022’s biggest blockbusters in the upcoming weeks. Viewers can expect films like “Top Gun: Maverick,” Jurassic World: Dominion,” and “Lightyear,” to appear at the drive-in as they release.