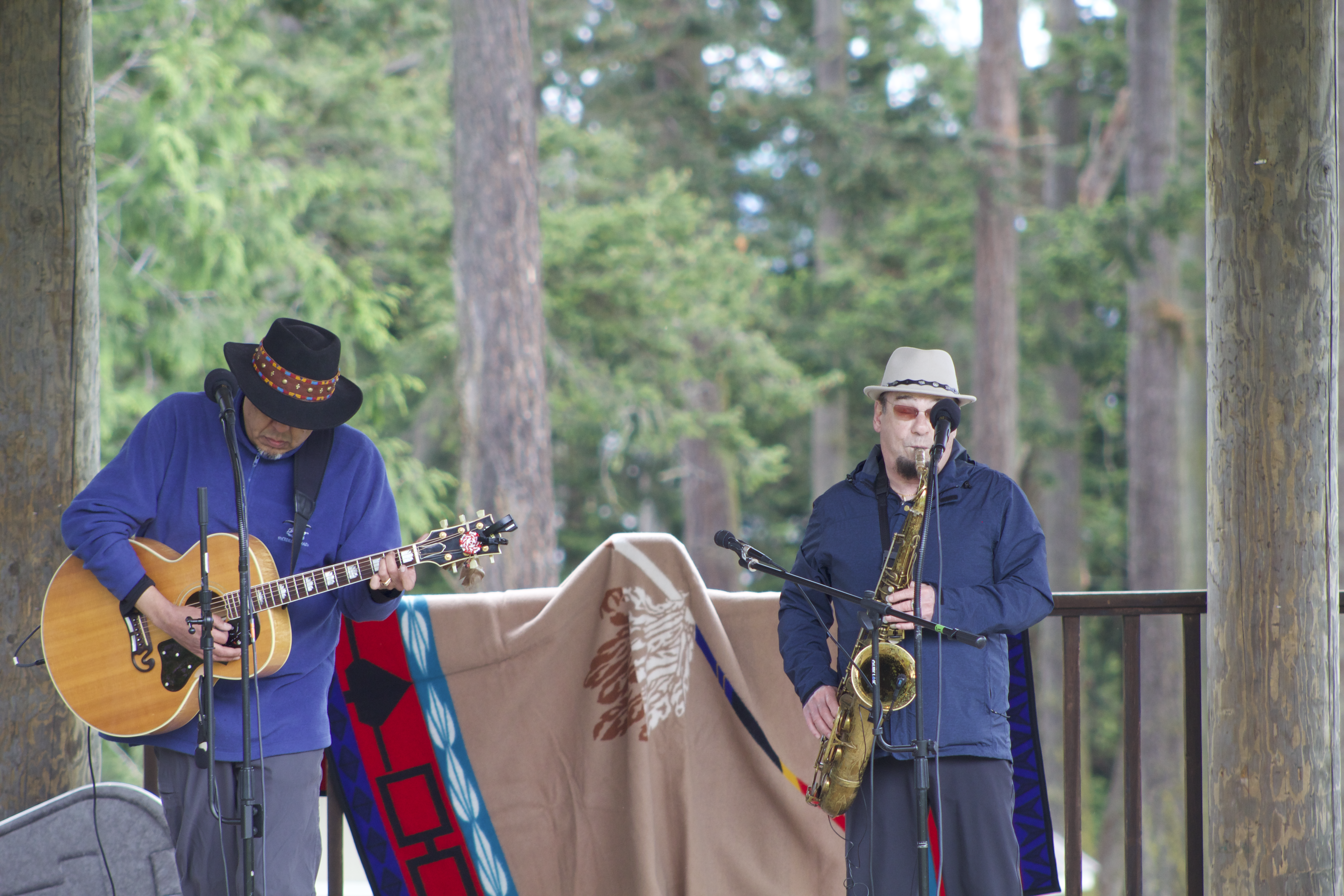 Among the many perks of staying in an island town, Coupeville residents had the chance to enjoy the Coupeville Water Festival on May 14.

Alongside entertainment, like a performance from Lou LoaBombard, the Water Festival also brought some musical talents with the musical styling  of Peter Ali and JP Falcon Grady.

Ali performed first, demonstrating several Native American flutes, explaining their backstory and playing traditional Native American songs. Ali had the crowd entranced, with parents and children alike gathering to hear all about his personal connection to each flute and their beautiful melodies.

JP Falcon Grady performed multiple songs together, echoing through multiple blocks of downtown Coupeville with their voices and sax-guitar combo.

Later that same day, JP Falcon Grady performed at Penn Cove Brewery just a few minutes down the road, uplifting the spirits of those drinking spirits and eating hot dogs while the Whidbey sun slowly set.

With such a tight-knit and friendly community all so close together, days like May 14 are possible.