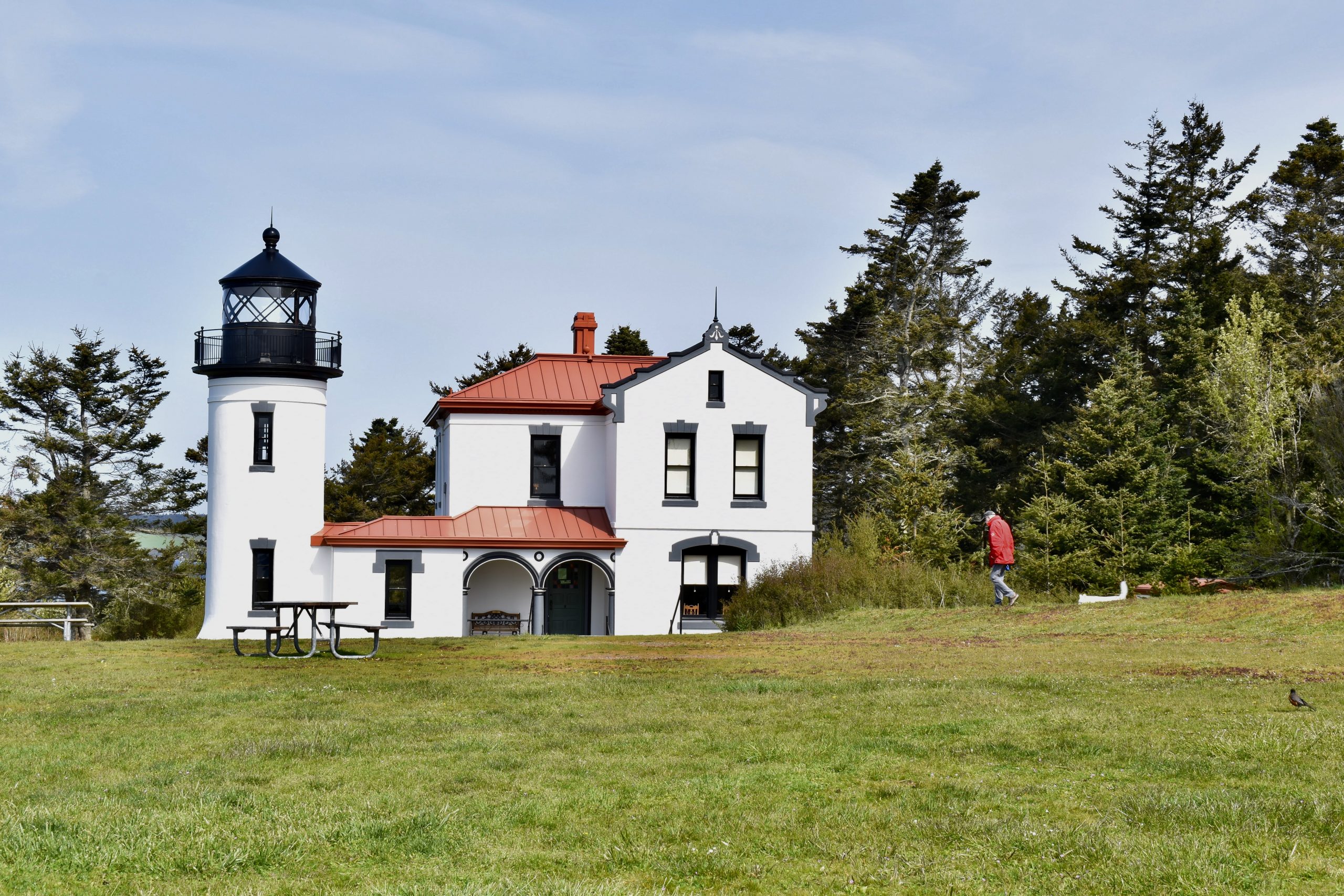 Emerging from the wreckage

Up on Admiralty Inlet stands a lighthouse that embodies everything you might expect a lighthouse to be. Its bright white walls, red roof and imposing tower stand out among the green trees and hills. Much like Fort Casey, which sits just below the lighthouse, Admiralty Head Lighthouse has a long, rich history behind it.

Despite being there for quite some time, the current lighthouse was not the first to be built on Admiralty Inlet. Red Bluff Lighthouse, which was made of wood, came first, but it eventually had to be torn down.

“[Red Bluff] was in the very front of the guns where they were going to be building the fort, so they had to temporarily remove the light from its position while they were building the fort,” Wayne Clark, the president of the Keepers of Admiralty Head Lighthouse, an organization that funds lighthouse preservation, explained. “That lighthouse existed, the one that people visit now, until 1922 when it was decommissioned because it was no longer important to sailing vessels.”

The light was removed from the lighthouse a few years later in 1927, and that began a long series of deconstruction and deterioration that would later require restoration. With the removal of the light came the removal of the entire top of the tower that held it. This left the lighthouse in severe disrepair and the tower covered only by a sheet of wood. Attempts were made to rebuild it, but the one that lasted was a community effort, in part involving three different high schools.

“The roof of that lantern room, painted black, was made by Coupeville High School; the bucket or the base of that building was made by [South Whidbey] High School; and the one that has the glass that you look out of was built by Oak Harbor,” Clark said. “So 97 men and women, shop teachers, and boat builders built the present day tower lantern room that we’ve got at the top of our tower.”

The most recent restoration took place in 2020 when Pioneer Waterproofing repaired walls, windows and anything else that had been put under severe wear and tear due to the Whidbey environment. However, they ran into a major roadblock when the pandemic hit. Construction was stalled, and the lighthouse once again sat in disrepair.

“The park manager really went to bat with governor’s office and got an exemption,” former docent Patrick Hussey said. “So the Pioneer Waterproofing guys were back on the job. They finished in August, but the lighthouse was closed all season.”

By the 2021 season, the lighthouse was able to reopen and welcome visitors once again, this time fully updated and restored. However, the Keepers are not done contributing to the improvement of the lighthouse, including its accessibility.

“What’s being looked at is building kind of a viewing platform that would sit above the bluff near the lighthouse,” Hussey said. “So this way, people that are in wheelchairs, or could not get up next to the lighthouse can go to that platform and actually give them an experience of being in the lighthouse.”

Hopefully one day, everyone will have the opportunity to enjoy the wonders of Admiralty Head Lighthouse.