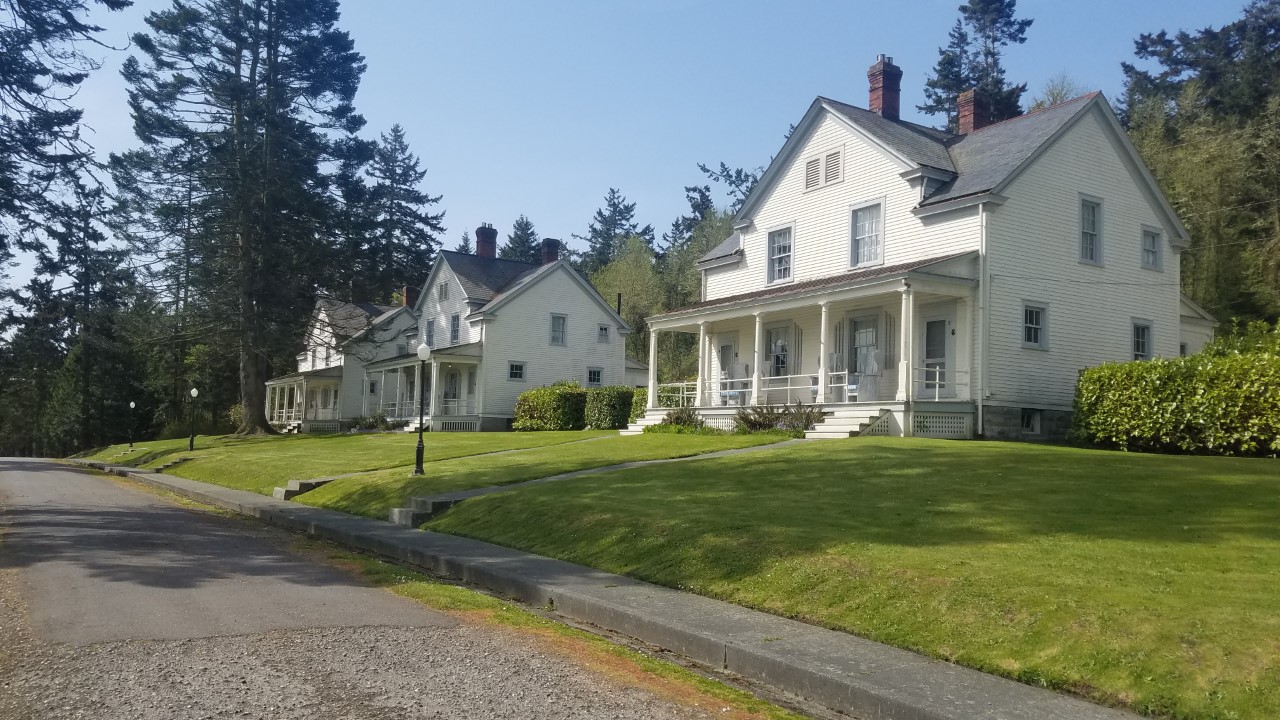 Coming back to create home

After graduating in the middle of the COVID-19 pandemic, Payton Aparicio, like many others in her same position, was looking for a job that would fit her degree and make her feel fulfilled.

In her search, she returned to a familiar place. After working on the housekeeping staff in a previous summer, Aparicio returned to the Fort Casey Inn to work alongside the rest of the Camp Casey office staff.

“I’ll make reservations for guests, I’m on the phones if people need help, I’m sending out keys, I’m sending arrival emails, coordinating events if we have a wedding or a family reunion, that sort of thing.” Aparicio said.

In both her former and current roles, Aparicio works with the ten units on the inn’s property, making sure that the houses are clean and the guests have everything they need.

Aparicio returned to Casey after graduating largely due to the positive work environment she felt when she was working as a housekeeper previously.

“Something really unique and cool that we do is we have a morning prayer together every morning just to kind of touch base with everyone and set the day off, and obviously I love the culture here,” Aparicio said. “So I think that’s one of the main reasons why I love it so much.”

A stay at the Fort Casey Inn is rooted in history and beautiful views. Built in 1909, the Inn was a housing for officers who were not actively serving, but worked at the adjacent fort while it was in operation.

There are four duplexes that can house up to ten people, six in one side and four people on the other. There is also the Eagle’s Nest, which houses two people for a more private stay, and the Doctor’s house, which houses six.

A former graduate of Seattle Pacific University and current building maintenance worker on campus Doug Hamilton first stepped foot on Camp Casey’s property in the 1970s. He has stayed at the Inn multiple times with his family, and staying there causes him to think about the eventful past of the location.

“You kind of sit there and you go, ‘Who were the officers who sat in these houses back in the day?’ What was this place like when it was a functioning fort?” Hamilton said.

When at Casey, Hamilton and his wife often walk to the beach, listening to the waves and looking out on Port Townsend and the San Juan Islands.

“The beach is just an active environment, to be able to watch the waves, and then watch the waves with the driftwood still in place, protected by the kelp forest that’s out there and the tidal floats that came through,” Hamilton said.

Unfortunately, these houses and views were left empty for a few months in the beginning of 2020, while the COVID-19 pandemic ran rampant around the world. Both the camp and the inn shut their doors to guests and groups from March to May of 2020, opening back up at a limited capacity nearing the summer months.

“Since reopening, we’ve had to do at least two days in between guest stays for deep cleaning COVID protocols, so that really limits how many reservations we can have a year,” Aparicio said.

Though these protocols are still in place for now, the inn has still been a popular booking spot for guests, and Aparicio hopes this will continue throughout the summer months.

“I love interacting with all the guests,” Aparicio said. “People are on vacation when they’re coming, so they’re usually pretty happy and talkative, which is nice… people from different areas, different stories and coming for different events too, so it’s fun talking with them.”