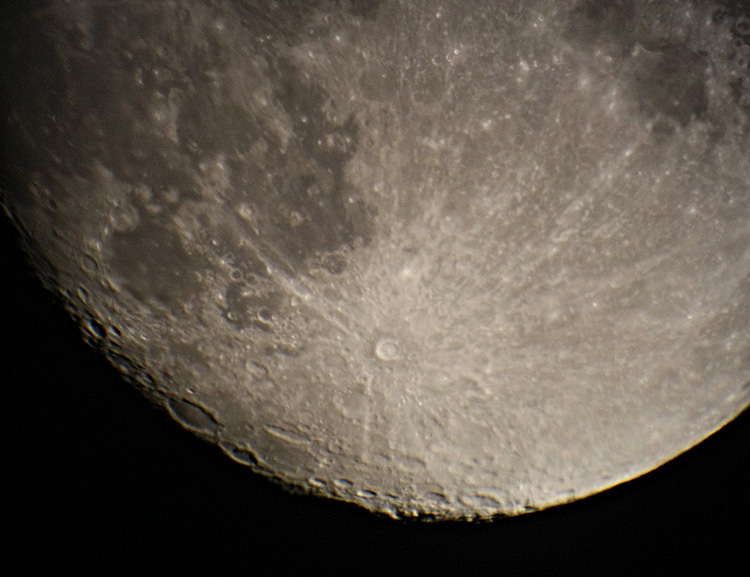 Dr. Doug Downing is an associate professor of economics in the School of Business, Government, and Economics at SPU, and since 1999, he has taught the school’s only Astronomy course.

Although most of his educational background is in economics, Dr. Downing has been interested in astronomy since he was a little boy.

“It was 1971, and it was a really small telescope that was a Christmas present,” Dr. Downing said. “I had been very interested in NASA, and I was in 6th grade when the moon landing happened, but before I got the telescope, I had never thought of actually looking up into the sky and seeing stars.”

Dr. Downing was one of two astronomy majors in his undergraduate class at Yale University, where he also completed an undergraduate degree in Economics/Political Science. He eventually got a job teaching economics at SPU and accepted that his passion for astronomy was never going to be more than a hobby.

Then, 16 years into his career at SPU, the school offered him a position in the physics department. Long-time astronomer, Karl Krienke, retired, and they needed someone to teach PHY 1135: Astronomy: Individual and the universe.

Since then, Dr. Downing has given students the opportunity to learn about how stars work, galaxies form, and the cosmology of the universe.

In 2010 he and his colleague, Dr. John Linberg, convinced the school to purchase a 25″ f/5 Obsession telescope so students apply their knowledge of constellations and galaxies to the night sky. The telescope lives in the Camp Casey observatory, a small white house on the edge of Crockett Lake.

Dr. Downing has rolled out the telescope for students about 40 to 50 times over the years, and whenever he’s on the island, he’s always open to an impromptu observation session with all that are interested.

“If I go up there I just tell people at Casey I am available if anyone wants to come at the telescope they can,” Dr. Downing said.

When observing, Dr. Downing starts with the moon. A thin crescent moon makes it easier to view other aspects of the night sky, but a big full moon is beautiful through the telescope.

“After the moon, the most amazing thing to see through the telescope is Saturn,” Dr. Downing said. “For people who have never seen Saturn through a telescope, it’s always really exciting.” Springtime is the best to view Saturn’s rings and galaxies, but each season brings opportunities to obverse various other star clusters, nebulas, and other planets.

Every now and then, Dr. Downing goes up to the observatory by himself. He enjoys the journey of getting to Casey—floating across the Puget Sound on the ferry or viewing the various smaller islands from Deception Pass. Camp Casey is a break from life in Seattle, and observational astronomy is better experienced away from city lights.

“That’s what I do for fun,” Dr. Downing said. “Astronomy is getting a break from work.”